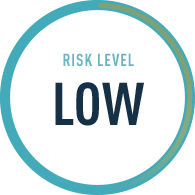 Low corn earworm migration risks are predicted for the next five days across much of the corn-growing region at some point as a low pressure system and associated cold front slowly advance from west to east across the central and eastern United States. South to southwest winds in advance of the cold front will persist across the Plains states overnight tonight into tomorrow morning but will eventually expand east into portions of Minnesota, Iowa, and Missouri by Friday night and Saturday morning. By the weekend and into early next week, the cold front will begin to make better progress to the east as high pressure moves into the southeast United States. South to southwest winds should increase due to a stronger pressure gradient especially in the Saturday night/Sunday time frame, but they are still not expected to be particularly strong so only Low risks remain in the forecast mainly west of Lake Michigan and I-57 in Illinois. The risk area shifts east with the cold front and becomes focused more in the central and eastern corn-growing region by late in the weekend and early next week before the whole system departs to the east.