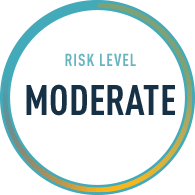 The annual western bean cutworm moth flight continues to intensify in areas where this insect is prevalent. Moderate risks are now in the forecast across far northern Kansas into southern and southeastern Nebraska as moth counts continue to increase rapidly in many areas and also where egg laying is occurring. Corn is approaching or near critical growth stages in this region, as well, further justifying the need to increase the overall risk from this particular insect. Low risks extend across much of northern Kansas, northeast Colorado, the remainder of Nebraska, and then by late week further east into far western Iowa and northwest Missouri, as well. Across the Great Lakes region, the moth flight is underway but with the majority of fields not at a susceptible stage to damage given such late planting in many areas, the overall risk level is being kept in the Low category this week into next weekend from Wisconsin east into lower Michigan, northern and central Indiana, northern Ohio, and into southern Ontario, Canada. Growers that were able to plant early and have corn in or near the pollination stage should monitor fields and traps in this area.